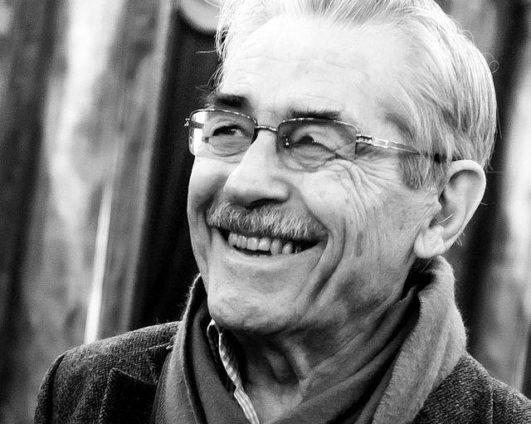 Louis Pouzin (born 1931 in Chantenay-Saint-Imbert, Nièvre, France) invented the datagram and designed an early packet communications network, CYCLADES. He studied at the École Polytechnique from 1950 to 1952. His work influenced Robert Kahn, Vinton Cerf, and others in the development of TCP/IP protocols used by the Internet.

Having participated in the design of the Compatible Time-Sharing System (CTSS), Pouzin wrote a program called RUNCOM around 1963–64. RUNCOM permitted the execution of contained commands within a folder and can be considered the ancestor of the command-line interface and shell scripts. Pouzin was the one who coined the term shell for a command language in 1964 or 1965. Pouzin’s concepts were later implemented in Multics by Glenda Schroeder at MIT. Schroeder developed the first Multics shell with the assistance of an unnamed man from General Electric. Schroeder’s Multics shell was the predecessor to the Unix shell, which is still in use today.

From 1967 to 1969 Pouzin developed one operating system for Météo-France, the French national meteorological service, using CDC 6400 as hardware. This system was created for weather forecast and statistics and was used for 15 years.

In 2002 Pouzin, along with Jean-Louis Grangé, Jean-Pierre Henninot and Jean-François Morfin, participated in the creation of Eurolinc, which is a non-profit association that promotes multilingualism in domain names. In June 2003, Eurolinc was accredited by UNO to participate at the World Summit on the Information Society (WSIS).

In November 2011, he founded Savoir-Faire, an alternative root company, with Chantal Lebrument and Quentin Perrigueur. In 2012 he developed a service called Open-Root, which is dedicated to sell top-level domains (TLD) in all scripts outside of ICANN. This way people can develop second-level domains for free.